It’s time for another blog tour as we get closer to Christmas aka my favorite holiday in the entire world.

It has been such a pleasure to have done so many blog tours this year and this one will be my last before the new year so it is extra special. This blog tour for The Touched by Jennifer Weiser is being hosted by Xpresso Book Tours who I can’t thank enough for giving me this and many opportunity these past few months.

If you fancy a dystopian read with a paranormal element to it as well as fated lovers, then I definitely suggest you check out The Touched! 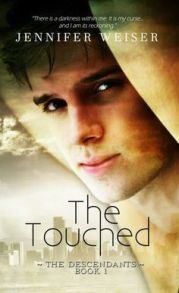 In a world where deception is the key to survival, Ara has kept up the charade of being a perfect Legion Leader’s daughter. But a darkness stirs, and she discovers she is Touched, a mortal gifted by the Gods. The Touched are as rare as they are feared, and Ara is forced to leave Union City for neighboring Midnight City to protect herself and those she loves, leaving Tove Thorn, the boy who has always known her heart, behind.

Carter Decker has vowed to burn Union City to the ground…

Midnight City’s cocky, infamous bad boy always gets what he wants, and he wants Union City to pay for burning his mother alive because she was Touched. When Carter meets Ara, she is everything he’s been taught to hate. Then he learns she is Touched—just like him—he isn’t sure who he hates more…the Touched girl whose father killed his mother, or himself for being tempted by someone he’s sworn to kill.

They are told they’re fated to be soul mates…and they each wish the other never existed.

When Midnight City is attacked by Union City, Carter and Arabella will do the unthinkable…even if it means falling for the enemy. The truth lies in Arabella’s home nation, and Tove is waiting. Soul mates or not, he has an advantage Carter doesn’t, fated souls be damned.

War is coming…and Ara is the prize. 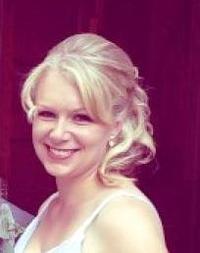 Jennifer Weiser is a young adult author who has always been a book nerd and a bit chocolate obsessed. Writing has always been a favorite escape, but quickly became a passion not long after the birth of her daughter. When she isn’t combing the shelves of her local book stores or blogging about newest book obsessions, you can find her nestled in her nook creating worlds she hopes that one day will inspire her daughter, who not only has given her the courage to follow her dreams–but offers the inspirations that help color their worlds together.
Author links:
http://www.jenniferweiser.com/
https://www.goodreads.com/author/show/14179690.Jennifer_Weiser
https://www.facebook.com/authorjenniferweiser?fref=ts
https://twitter.com/jenniferweiser

3x eBook copies of The Touched

This is the first time that I have read young adult novel that is both dystopian and paranormal and I must say the combination is quite fantastic. Those elements together intrigued me and within good reason because I was sucked into this book from the very first pages. I dare you to read the prologue of this book and try to dissuade yourself to continue reading because it is simply not possible. The pure emotion of the tragedy that comes to life on those pages along with the air of mystery of what is to come that surrounds it compels you to keep reading and once you do you can’t stop.

Within this world you have individuals who are referred to as The Touched.  They are mortals who possess the abilities and gifts of the gods and therefore have can do things anywhere from mind control to predicting the past, present, or future (not all three though) to reading the emotions of other around you which is what Arabella, our protagonist can do. The only problem is that in Arabella’s world these individuals are feared, hunted down, and even burned at the stake in front of everyone which is called a Reaping. We are introduced to these horrible events as the beginning of the novel, the prologue that completely sucked me in, is a Reaping but not just any Reaping. It is the Reaping of Carter Decker’s mother who is plays another key part in the novel as he is Arabella’s love interest even though they don’t necessarily get along with one another when they first meet.

See Carter is not a fan of Union City which is the one of the legions that makes up the world in this novel. They strive to find and annihilate all of the Touched that exist Carter’s mother being one of them. Ever since he witnessed his mother being killed he has been hell bent on revenge against Union City (no shocker there if you ask me). His father is in a position of power in Midnight City which is the legion adjacent to Union City and where they are much more open to the people who live there. They accept people who are Touched which makes sense since both Carter and his father are both Touched. This alliance involves Arabella and considering that Arabella is Touched, her staying in Union City is not a good idea altogether given the fact that if discovered she is Touched she would be executed despite her family being in a position of power. So thus she travels to Midnight City to train with Carter who is none too thrilled that this is happening. What neither of them know is that they share a bond that has exist since birth.

Within the culture of the Touched, there is this notion that each Touched is fated to another in that there is one person out there they are meant to be with. They refer to it as a person’s bound. It is extremely rare given how so many of this race has been extinguished that the Touched find their bound. But in this instance amongst all the political intrigue and chaos that is occurring, Carter and Arabella soon learn that they are indeed connected to one another even if accepting that took some time. When your father is responsible for sentencing his mother to be burned at the stake I can only guess that they would not accept one another with open arms even if they are both Touched. But who doesn’t love when two characters who are meant to be initially bicker and may or may not hold animosity towards one another. Personally those kind of relationships are guilty pleasures for me so that is just another reason as to why I enjoyed this book so much and could not put it down.

If the fated lovers don’t suck you in at first, I guarantee the world and the story will as this book is wonderfully unique and captivated me from the very first page.

One thought on “Blog Tour: The Touched”