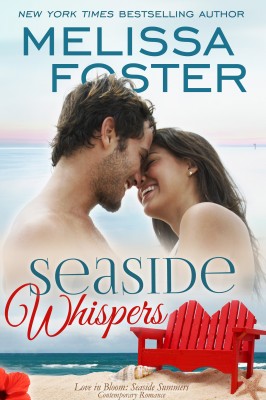 Having a mad crush on her boss’s son, Matt Lacroux—an intriguing mix of proper gentleman and flirtatious bad boy—is probably not the smartest idea for single mother Mira Savage. Especially when the company, and her job, is already on shaky ground. But as a Princeton professor, Matt’s life is hours away from Mira’s home on Cape Cod, keeping him safely in the fantasy-only zone. And as a single mother to six-year-old Hagen, with a floundering company to save, fantasies are all she has time for.

With hopes of becoming dean off the table, and too many months of longing for a woman who lived too far away to pursue, Matt’s publishing contract couldn’t have come at a better time. He heads home to Cape Cod on a brief sabbatical, intent on starting his book, and finally getting his arms around sweet, seductive Mira.

A surprise encounter leads to white-hot passions and midnight confessions. The more
time Matt and Mira spend together, the deeper their relationship grows, and the love and attention Matt showers on Hagen is more than she has ever dreamed of. But Matt’s sabbatical is only temporary, and Mira’s not saving his father’s company so she can leave it behind. Will their whispers of love be enough for one of
them to change their life forever? 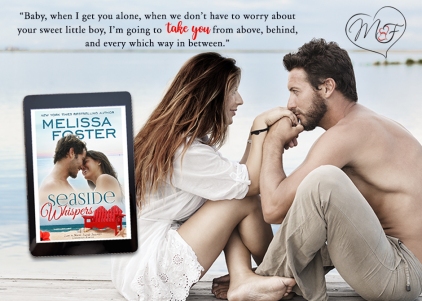 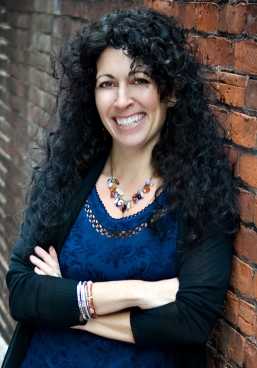 Click the link below to enter!
a Rafflecopter giveaway

MATT LACROUX NEEDED a shower, a vacation, and to figure out what the hell he was doing with his life—in that order. And sex. Sex would be good. It had been a long time since he’d had a warm, willing woman in his bed instead of a research project to work on, papers to grade, or notes to coordinate on the book he was writing. In fact, now that he was thinking about it, he might move sex up to the top of his list—if he didn’t have someone else’s blood on his hands.

He tugged off his torn shirt, tossed it in the hamper, and turned on the shower. He’d been back on Cape Cod for less than three hours and had already broken up a fight between drunken college kids over by the Bookstore Restaurant, where he’d eaten dinner and thought he would write for a while. Maybe he should have done what so many other professors did when they took a sabbatical and gone to a nice resort somewhere, or holed up in a mountain cabin. He could have stayed at his cottage on Nantucket, but he missed his family, and his father wasn’t getting any younger. Plus, his siblings’ joint wedding was only two months away. It was taking place on their mother’s birthday, to honor her memory. It was time to reconnect.

His mind drifted to the other person he’d like to reconnect with, Mira Savage, his father’s employee and the woman who had been occupying Matt’s thoughts since he met her last summer at his younger brother Grayson’s engagement party. They’d spent the entire day together with her adorable son, Hagen. He’d seen her half a dozen times since, during brief visits home. They’d taken Hagen to the park together and a few other places, although they’d never gone on an official date. They’d exchanged occasional texts over the weeks in between, but that was as far as it had gone. It being Matt’s attraction to a woman who lived too many hours away to get involved with. Mira wasn’t the type of woman whose life he could complicate with intermittent encounters. She was a selfless woman who put her son and others first. The type of woman who blushed when he got too close. The type of woman a man took the time to get to know—almost a year, that’s pretty damn long—to show her she could trust him, a woman who should be taken care of and protected but not smothered. And she was the only woman he’d like to undress slowly, loving every inch of her incredible body until she was trembling with need and slick as a baby seal. Keeping himself in check had been like dancing on hot coals, but he’d never stopped thinking about the sexy single mother and her inquisitive son.

He stripped off his slacks and stepped into the shower, turning the faucet to cold now that he was hot and bothered over Mira. He closed his eyes and exhaled a long breath. One thing at a time.

The water shifted from his head to his back, and Matt looked up at the faucet, which promptly fell, clipping his cheekbone.

“Ouch! What the—” He grabbed his cheek and pulled away from the water spraying in all directions from the broken spigot. Perfect. Just perfect. He washed the fresh blood from his fingers and quickly rinsed off.

He stepped from the shower and dried off, eyeing the offending fixture. The damn thing had a crack around the housing and rust on the inside. He’d rented his friends’ cottage in the Seaside community for the summer. The place was in great shape, but things like showerheads were easy to miss when renovating. It was after nine o’clock, and Amy and Tony had a little girl. Matt wasn’t about to bother them about a freaking bathroom fixture. He pulled on clean clothes and called his father, who owned Lacroux Hardware Store.

“Hey, Pop. Is the electronic code to your shop still Mom’s birthday?” His father had been talking about retiring lately. The hardware store was meant to be the family legacy, passed down to one of his five children, only none of them wanted to take it over. But right this very moment, Matt had never been so glad that his father was in the hardware business. The Cape wasn’t big on chain stores. The closest Home Depot or Target was a good forty minutes away.

“I need a showerhead for Tony’s place.”

Neil Lacroux would do anything for his children—even though they were all grown up. Matt knew he’d been lonely since their mother passed away unexpectedly from an aneurysm a few years ago, which was another reason he’d chosen to come back home during his sabbatical. He made a mental note to stop by the store and visit with him.

The drive to Orleans took only a few minutes. Even though Matt had grown up on the Cape, it always took him a day or two to adjust to being out of the city. Slacks and button-downs were replaced with shorts and tank tops, people moved at a more relaxed pace, and no matter how far from the beach he was, sand was ever-present. Sand in the grass, sand on the floors, sand on the seat of his car—and he hadn’t even been to the beach yet.

He punched in the code to the security keypad, and the minute he was inside the dark store, he heard it. Tap, tap, tap. He froze, every neuron on high alert, and listened. Tap, tap, tap, tap, pause, tap, tap, tap. It was coming from his father’s office. His arms instinctively flexed, preparing for a fight. He moved swiftly and silently to the office door and listened to the incessant tapping. Dad’s calculator?

He pushed the door open, and his body flooded with awareness at the sight of Mira sitting at the desk, her fingers flying over the calculator. Maybe this was his lucky night after all.

Her hand flew to her chest. “Matt…?” His name came out all breathy. “You scared me. I had no idea you were in town.”

Because I made a point of wanting to surprise you, although not exactly like this.

“Sorry about that, sunshine. I just got in a little while ago. I came to get a showerhead.” He walked into the small office, taking in the ledger on the desk, illuminated by his father’s ancient single-bulb lamp, and the family photos thumbtacked to the wall. He noticed a new photograph front and center, a picture of Hagen holding a fishing rod with a little sunfish dangling from the line. He knew how much Mira and Hagen meant to his father, but seeing Hagen’s photo among their family’s brought the full impact home. He shifted his gaze to Mira, and as the shock of his arrival wore off, a beautiful smile spread across her face. There it was, the brightness that had hooked him all those months ago. The sweet look of innocence and rebellious I-can-take-on-the-world confidence in her gorgeous eyes. She had no idea what she did to him.

“Sunshine,” she whispered, and shook her head.

“You can’t deny the way you light up everything around you.” He’d given her the nickname last summer because she had such a positive outlook on life.

“You should see me before I have coffee in the mornings.”

“A showerhead? Let me show you where they are.” She pushed to her feet, nearly bumping into his chest in the close quarters. Her chestnut hair tumbled sexily over her shoulders as she stood before him, one hand perched over his chest, the other reaching up to touch his cheek. “What happened?”

Their attraction had been immediate and intense last summer and had only grown stronger with each subsequent visit—at least he knew it had for him. For months he’d buried any hope of exploring their connection beneath classes and research papers. Now, as she gazed into his eyes, all those heated memories came rushing back.

“I was assaulted by the old one.”

“Ouch.” She grimaced, and the spray of freckles on the bridge of her nose rose with the effort.

He hadn’t been able to get that cute mannerism out of his head when he’d gone back to Princeton, and damn, did he like seeing it again.

“You might need a stitch.” Her fingers lingered on his skin, warm and soft.

He covered her hand with his, pressing it to his cheek. “It’s nothing, really.”

She nibbled nervously on the corner of her mouth. “I’ll just…” She pointed out of the office, and her hand slid from beneath his. Her breasts brushed against his arm as she walked away, stirring more of that same dark attraction.

There was no shortage of women vying for Matt’s attention. From coeds to faculty, he could have his pick back in Princeton, and the choices were just as plentiful here at the Cape. But the only woman he saw when he closed his eyes at night was heading down aisle seven of his father’s hardware store.

Want to know what will happen next between Matt and Mira? Well then go check out the rest of Seaside Whispers!