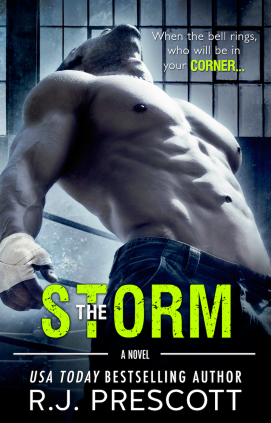 Marie Kelly is a survivor who doesn’t know when to quit. Against all odds, she’s living a life she never dreamed she could have. It was enough… until a stubborn boxer makes her want more.

Irish charmer Kieran Doherty has been a fighter at Driscoll’s Gym for most of his life. He’s been content to let his best friend take the spotlight, now it’s his turn to make a name for himself in the world of heavy weight champions. Falling in love is the one thing he vowed never to do, but meeting Marie changed everything.

It’s easy to imagine a happy-ever-after when the sun is shining. But when the storm comes, and all hope seems lost, they both learn that if you want something badly enough, you have to be willing to fight for it. 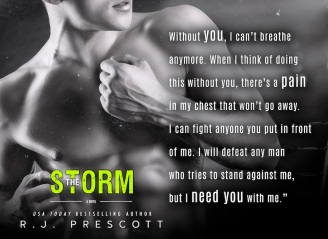 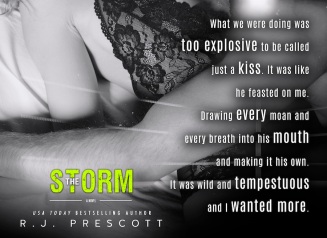 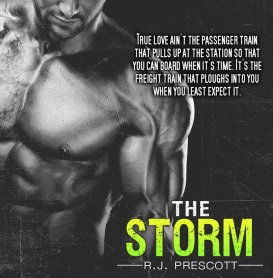 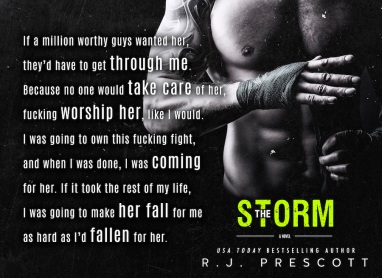 When I finally plucked up a bit of courage, I peeped out of the curtains to see Kieran throwing stones at the window.

“Rapunzel, Rapunzel, let down your hair,” he mock shouted, when he caught my eye. I opened the window to whisper loudly back at him.

“Are you high?” I asked. “Why didn’t you just ring the doorbell or call me?”

“I thought this would be more romantic,” he said.

“If I ignore the fact that my nipples probably have frostbite, I am feeling romanced,” I replied. He looked pained. “What’s wrong?” I asked.

“You said ‘nipples’ and now I can’t think of anything else,” he replied, making me smile.

“Now I’m down here, what’s the chances of seeing an accidental nip slip?” he asked.

“Hot chocolate and warm doughnuts,” he said, holding up the bag as if to barter.

“Well, I would have said slim to none, but fresh doughnuts might have just tipped the odds in your favour,” I replied.

“Yesss!” he said, fist bumping the air in victory.

I closed the window and ran to buzz him in. He bounded up the stairwell, his heavy footsteps echoing loudly in the hallway. When he got to my door, he looked me up and down, taking in my short royal blue, silk pyjamas. Dropping the sack, he speared his hands into my hair and pulled me into a kiss that had me melting. Kier didn’t kiss with just his lips; he did it with his whole body. Without shoes on, I was tiny in comparison, but inside of the cage of his huge arms, I felt protected and safe. Despite his size, his lips were so gentle. He didn’t treat me like I was fragile, but like I was precious, as though every touch was one that he was experiencing for the first time and memorizing for later.

Feeling bold, I traced the seam of his mouth with my tongue, and when he parted his lips and touched his tongue against mine, I groaned. Every sensation was too much, and not enough. Breathless, he pulled away from me to nuzzle his face in the crook of my neck. I reached up and gently stroked the short hair at the back of his neck, making him sigh. 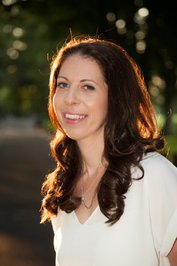 USA Today bestselling author R.J. Prescott was born in Cardiff, South Wales, and studied law at the University of Bristol, England. Four weeks before graduation she fell in love, and stayed. Ten years later, she convinced her crazy, wonderful firefighter husband to move back to Cardiff where they now live with their two equally crazy sons. Her debut novel The Hurricane was an international bestseller and finalist in the Goodreads Awards in the category of debut author.
Author links:
http://rjprescott.com/
https://www.facebook.com/rjprescottauthor/
https://twitter.com/rjprescottauth
https://www.goodreads.com/author/show/9114529.R_J_Prescott
GIVEAWAY
Blitz-wide giveaway (INTL)
One ebook copy of The Storm and a $100 Amazon gift card
a Rafflecopter giveaway