Skip to content
In which our sexy hero wakes up with a woman in his bed
and no memory of how that happened. Did he miss the good stuff? 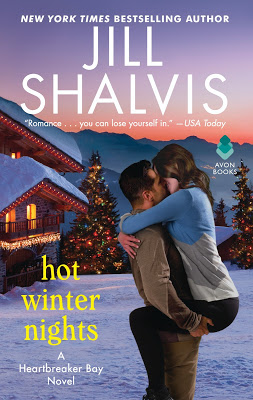 Most people wouldn’t think of a bad Santa case as the perfect Christmas gift. Then again, Molly Malone, office manager at Hunt Investigations, isn’t most people, and she could really use a distraction from the fantasies she’s been having since spending the night with her very secret crush, Lucas Knight. Nothing happened, not that Lucas knows that—but Molly just wants to enjoy being a little naughty for once . . .

Whiskey and pain meds for almost-healed bullet wounds don’t mix. Lucas needs to remember that next time he’s shot on the job, which may be sooner rather than later if Molly’s brother, Joe, finds out about them. Lucas can’t believe he’s drawing a blank on his (supposedly) passionate tryst with Molly, who’s the hottest, smartest, strongest woman he’s ever known. Strong enough to kick his butt if she discovers he’s been assigned to babysit her on her first case. And hot enough to melt his cold heart this Christmas . . . 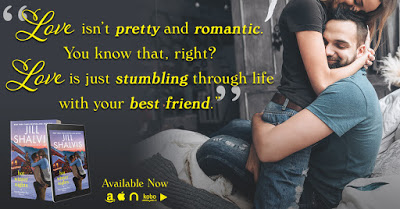 Enter to win a $10 Amazon Gift Card below:
a Rafflecopter giveaway

Oh, how I love getting back into the world of Heartbreaker Bay, and when it is set during Christmas time, I love it even more. This is the sixth book in this series by Jill Shalvis and I seriously don’t want this series to end. Hot Winter Nights was a wonderful mix of suspense, featuring a very bad Santa, and a steamy, yet heartfelt romance between one badass woman and the man who will always have her back.

Molly Malone is the sister of Joe Malone who was the hero in the previous book in this series, About That Kiss. If you have read that book, then you know about their backstory. If you haven’t read the previous book, and it is not required as each book in this series can be read as a standalone, then you learn about what happened to Molly in the past and how this one event has shaped her into becoming the person she is. And that person is someone who works around badass, alpha males all day and still holds her own while not taking any of their crap at the same time.

While Molly currently works as the office manager for Hunt Investigations, she would rather be taking on cases like her brother and his coworkers. The only problem, or should I say two problems, are her brother and Archer Hunt who believe she is not ready and want to protect her at all costs from the dangers their line of work encounters. But that isn’t going to stop Molly from being taken seriously, and luckily there is one person at Hunt Investigations who sees how capable she is. He also fantasizes about seeing her naked, but that’s a whole other issue. That person is Lucas Knight, and they have an interesting relationship with one another. And by interesting, I mean that Molly makes Lucas believe they slept together (when they really didn’t) and uses that information against him to make him help her on a case her elderly neighbors bring to her attention. Lucas agrees, of course, because refusal would lead to his death at the hands of her brother.

This book was just all kinds of fun with a few high stakes moments in between. I have wanted to get my hands on Molly’s story for a while now after being introduced to her in Archer and Elle’s book, Accidentally on Purpose. I mean, here is this kickass woman who survived a tragic event in her past and still holds her own; showing the men she works with who are usually covered with weapons and body armor that she is not someone you should mess with. Who wouldn’t want to read about her and the man she falls in love with?!?

Oh, and the man in question, Lucas Knight, complimented Molly perfectly. He recognized how strong she was a person, even before finding out about her past, all while learning how to get past her defenses. The banter between Lucas and Molly is one of my favorite parts of this book. Molly would push back at him and not back down and then Lucas would return the favor, flipping the switch and making things all sexy and dirty. I both laughed and giggled with delight throughout this book because of some of the conversations these two had with one another.

I could continue on but I think I have made my point. I really enjoyed Hot Winter Nights and I can’t wait until the next book in this series comes out (even if I have to wait until next year). If you like your romance to be both suspenseful but also sexy, then I definitely recommend picking up this book. And then, do yourself a favor and continue on with the rest of the series because they are also amazing.