Hi everyone! It has been a VERY long time since I last posted on my blog because of my graduate school classes but the summer is here and I am so excited to kick off my book blogging again with a blog tour!

This blog tour is for The Billionaire Bachelor by Jessica Lemmon. I had such a wonderful time reading this contemporary romance featuring a marriage of convenience and some serious heat! 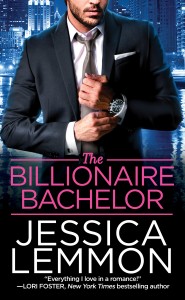 Manwhore. That’s what the board of directors-and the tabloids-thinks of billionaire bachelor Reese Crane. Ordinarily he couldn’t care less, but his playboy past is preventing the board from naming him CEO of Crane Hotels. Nothing-and no one-will keep him from his life’s legacy. They want a settled man to lead the company? Then that’s exactly what he’ll give them.

Merina Van Heusen will do anything to get her parents’ funky boutique hotel back-even marry cold-as-ice-but-sexy-as-hell Reese Crane. It’s a simple business contract-six months of marriage, absolute secrecy, and the Van Heusen is all hers again. But when sparks fly between them, their passion quickly moves from the boardroom to the bedroom. And soon Merina is living her worst nightmare: falling in love with her husband . . . 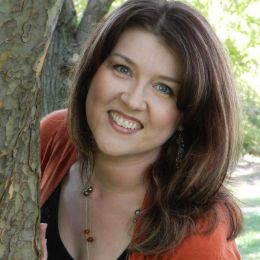 A former job-hopper, Jessica Lemmon resides in Ohio with her husband and rescue dog. She holds a degree in graphic design currently gathering dust in an impressive frame. When she’s not writing super-sexy heroes, she can be found cooking, drawing, drinking coffee (okay, wine), and eating potato chips. She firmly believes God gifts us with talents for a purpose, and with His help, you can create the life you want.

Rafflecopter Giveaway
(a Print Set of RESCUING THE BAD BOY and RETURN OF THE BAD BOY, along with a $10 Starbucks Gift Card)

Even with her nostrils flared, Merina forced a smile. There was only one way past this gatekeeper. She called up an ounce of poise—an ounce being the most she could access at the moment. “Merina Van Heusen to see Reese Crane.”

“Ms. Van Heusen,” the woman said, her tone flat, her eyes going to the doorknob in Merina’s hand. “You’re here regarding the changes to the hotel, I presume.”

“You got it,” Merina said, barely harnessing her anger. How come everyone was so damn calm about dismantling a town landmark?

“Have a seat.” Crane’s bulldog gestured one manicured hand at a group of cushy white chairs, her mouth frowning in disgust as she took in Merina’s dishevelment. “Perhaps I could fetch you a towel first.”

“I won’t be sitting.” She wasn’t about to be put in her place by Reese’s underling. Then her prayers were answered as the set of gleaming wooden doors behind the secretary’s desk parted like the Red Sea.

Merina barreled forward as the woman at the desk barked, “Excuse me!”

Merina ignored her. She wouldn’t be delayed another second…or so she thought. She stopped short when a woman in a very tight red dress, the neckline plunging into plentiful cleavage, her heels even higher and potentially more expensive than Merina’s Louboutins, swept out of the office and gave her a slow, mascaraed blink back. Then she sashayed around Merina, past the bulldog, and left behind a plume of perfume.

Reese’s latest date? An escort? If Merina believed the local tabloids, one and the same. Paying for dates certainly wasn’t above his pay grade.

Before the doors closed, she slipped into Reese’s office.

“Ms. Van Heusen!” came a bark behind her, but Reese, who stood facing the windows and looking out upon downtown, said three words that instantly shut his secretary up.

“Merina, I presume.” Reese still hadn’t turned. His posture was straight, jacket and slacks impeccably tailored to his muscular, perfectly proportioned body. Shark or not, the man could wear a suit. She’d seen the photos of him in the Trib as well as Luxury Stays, the hotel industry’s leading trade magazine, and like every other woman in Chicago, she hadn’t missed the gossip about him online. Like his more professional photos, his hands were sunk into his pant pockets, and his wavy, dark hair was styled and perfect.

Clearly the woman who had just left was here on other business…or past business. If something more clandestine was going on, Reese would appear more mussed. Then again, he probably didn’t muss his hair during sex. From what she gleaned about him via the media, Reese probably didn’t allow his hair to muss.

The snarky thought paired with a vision of him out of that suit, stalking naked and primed, golden muscles shifting with each long-legged step. Sharp, navy eyes focused only on her…

He turned to face her and she snapped out of her imaginings and blinked at the stubble covering a perfectly angled jaw. What was it about that hint of dishevelment on his otherwise perfect visage that made her breath catch?

Thick dark brows jumped slightly as his eyes zoomed in on her chest.

She sneered before venturing a glance down at her sodden silk shirt. Where she saw the perfect outline of both nipples. A tinge of heat lit her cheeks, and she crossed her arms haughtily, glaring at him as best she could while battling embarrassment.

“Seems this April morning is colder than you anticipated,” he drawled.

Merina Van Heusen’s whole world revolves around her family’s hotel and for good reason as she has grown up in it, cherishing all the history and unique personality that can be found within its walls. It is her love for The Van Heusen Hotel that drives her passion to run the hotel and to continue to maintain it the way she has always remembered it despite being surrounded by more modern hotels in the city of Chicago. Unfortunately, Merina’s dream of running the Van Heusen hotel comes to an abrupt end when she finds out that her parents, due to financial issues, have sold the hotel to Crane Hotels, the company that owns the “clinical, white washed” monstrosity that is the Crane Hotel. Infuriated that her parents did not tell her of their decision and determined that their hotel is not stripped of its identity to become another carbon copy of the Crane Hotel, Merina marches down to the there and decides to give the COO, Reese Crane, a piece of her mind.

Reese Crane, like Merina, understands what it means to want to maintain the legacy that surrounds him, in this case, keeping  the company his father built within the family by becoming the CEO of Crane Hotels. Reese encounters Merina’s fiery passion towards her own legacy, The Van Heusen Hotel, and her need to keep it in the family when she rushes into his office uninvited all but demanding he stop the changes being made to the hotel and to give it back to its rightful owners. It is this rather heated display by Merina that leaves an impression on Reese especially when he thinks of an idea that will allow him to convince his board of directors that he is no longer the “manwhore” he has been publicized as and therefore CEO material for his family’s company. The idea in question is to have them believe that he has become a settled man and the one way to do that is to get married. Reese has the perfect person in mind to be his wife, given the intended proposal will give her what she so desperately wants, her hotel. Soon, a marriage of convenience is struck between Merina and Reese, both determined to put up the necessary show for the board of directors so that in they end they both get what they want. But along the way, the need to act as a couple madly in love starts to fade as feelings for one another start to surface, making this marriage into something more than just a cover with an intended mutual end between both parties.

If I had to describe Merina and  Reese’s relationship in the beginning of this book it is like fire meets ice. One of the thing I absolutely loved about Merina  is how dedicated she is to her family’s hotel and how she does not just lie down and take the news of it being sold to Crane Hotels. Her fire burns brightly from the very first chapter as she goes head to head with Reese all while being soaked from head to toe after walking to his hotel in the pouring rain. The fact that Merina does not even let the pouring rain deter her mission to get her hotel back made me admire her so much especially when she faces off against Reese. Reese for me came off just as Merina describes him, being cold-as-ice and it was Reese’s initial personality of being very standoffish and cold that caused me to not being able to fully connect with his character until about a third of the way into the book which also affected how I viewed his connection with Merina. I could tell that there was definitely something between the two of them but it took some prodding especially from Reese’s publicist which impacted my feelings towards how their relationship and story was going to unfold.

Despite the slow start, there was no doubt that these two weren’t meant for one another because the heat between them definitely grew. Fire plays a huge role in this book because it is represented in many different ways and not just to signify the intense connection that is blooming between Reese and Merina. I loved how this theme was used throughout the book especially in regards to the Van Heusen Hotel and  how Merina herself views it as she has a permanent reminder of it in the form of a tattoo rightfully placed on her heart. As the sparks between Merina and Reese became more and more apparent, it was the banter back and forth between the two of them that really sold it for me. Their banter, sometimes lighthearted and playful and other times of a more sexual nature, had me laughing out loud several times and grinning from ear to ear. It was these scenes in the book when you could see both of them beginning to open up and care for one another while also wanting to jump each other’s bones that made me fall in love with them and their story.

If you are looking for a romance with intense fiery passion, strong-minded, driven characters, and adorable banter, then you should definitely check out The Billionaire Bachelor. I can’t wait for the next book in the series!