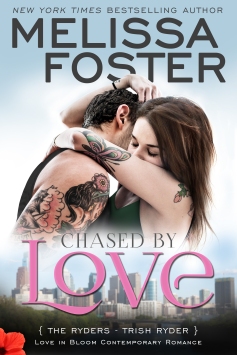 Actress Trish Ryder takes her job seriously and has no time for those who don’t. When she’s awarded a major role in a new movie featuring America’s hottest rock star, Boone Stryker, she’s beyond excited. The six-two, tattooed hunk of burning desire is known for his dedication to his craft—but when he ditches their first meeting, she begins to wonder if he’s just another rocker with a great PR team.

Sex, booze, women, and music pretty much sum up Boone Stryker’s private world. He’s coasted through life playing by his own rules with plenty of people willing to cover his tracks, and he’s not likely to change—until he meets a woman who refuses to give him the time of day, much less anything more.

Sparks fly from the first moment Trish and Boone meet—Tensions run hot and desire runs hotter when they’re trapped together on a remote location with no place to hide. Will sparks ignite, or will a hurricane douse the flames? 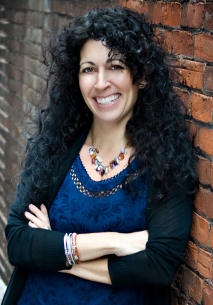 Whoa, did this book take me by surprise. First of all you should know that Melissa Foster has become an auto-buy author for me because since the very first book I got the opportunity to review I fell in love with it and that has not stopped since then. I now own the first books of each of her four series that make up this gigantic Love in Bloom series and intend to read each of them and continue on in delving into this amazing world she has created in the near future.

Ok, now back to Chased by Love. Let’s start with the fact that the cover like most of Melissa’s covers is absolutely GORGEOUS. It is what drew me to this book in the first place. Then when I found out it is a romance involving a rockstar and an actress co-staring in a movie together I was sold. I mean who doesn’t want to read about a rockstar who lives off the highs of his success through the usual partying and womanizing of fans who is staring in a movie where his co-star is an extremely professional, takes-her-job-very seriously actress. Add in the fact that sparks fly between the two of them and they don’t exactly see eye to eye in the beginning and I was sure this book was going to have some serious heat. 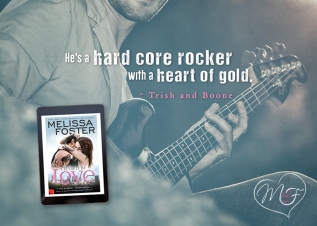 Yes, there was definitely some major heat between Boone Stryker, who was giving me a serious Adam Levine vibe, and Trish Ryder but what seriously surprised me was the amount of heart that was in this book. I assumed that because Boone was a super famous rockstar that his character would self-centered, arrogant, and have the ego the size of Texas. That is the opinion that Trish had formed of him because of his behavior on set but we quickly learn that that is NOT Boone at all. You learn early on that Boone has a lot more on his plate to deal with than the usual struggles of hot, in demand rockstar. You also learn that selfish is not a word in Boone’s vocabulary as he constantly puts the other people he loves in his life before himself. It is this complete 180 of Boone’s character, in a good way of course, that made me invest in his character and the things his was dealing with as well as his budding relationship with Trish. 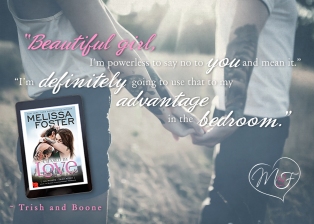 Trish Ryder was the perfect person for Boone because of her pushiness and the fact that
she was not going to run the other way when things got tough. She even says a number of times that Ryders don’t run from the hard stuff and it is that mantra and a little bit of her stubbornness that allows Boone to finally see that he has someone on his side rooting for him when it has always been the other way around. I always enjoyed Trish’s character but I think it is when she finally meets Boone’s family that I really fell in love with her because of how well she got along with them and didn’t tone down her pushy personality in any way. It was reading those scenes and seeing the dynamics between her and his family especially when she set Lucky straight which was hilarious, that really allowed me to see the amazing person Boone sees and fall in love with.

So if you’re looking for a romance with a caring, selfless rockstar who truly has a heart of gold that also packs on the heat, then pick up Chased by Love by Melissa Foster.